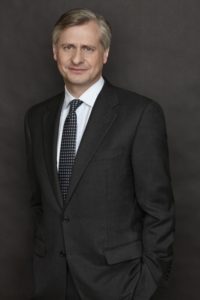 26th annual R. Dan Boulware Convocation on Critical Issues at Missouri Western State University this month. His presentation, “The Soul of America: Moving Beyond Division and Hostility,” will be at 10 a.m. Thursday, Sept. 26, in the Looney Complex Arena. Meacham will also be the featured guest at the annual Convocation Luncheon at noon Sept. 26 in the Fulkerson Center. For more information, go to missouriwestern.edu/convocation.

A contributor to TIME and The New York Times Book Review, Meacham is a highly sought-after commentator, regularly appearing on CNN and MSNBC. Known as a skilled orator with a depth of knowledge about politics, religion, and current affairs, Meacham brings historical context to the issues and events impacting our daily lives.

His latest No. 1 New York Times bestseller, “The Soul of America: The Battle for Our Better Angels,” examines the present moment in American politics and life by looking back at critical times in U.S. history when hope overcame division and fear. Meacham is also a co-author of the recently released book, “Impeachment: An American History,” which reveals the complicated motives behind the three presidential impeachments in U.S. history. Meacham’s presidential biography, “Destiny and Power: The American Odyssey of George Herbert Walker Bush,” debuted at No. 1 on the New York Times bestsellers list. Meacham delivered eulogies for both President George H.W. Bush and First Lady Barbara Bush.

Other bestsellers include “Thomas Jefferson: The Art of Power,” “Franklin and Winston,” “American Gospel” and “American Lion: Andrew Jackson in the White House,” which won the Pulitzer Prize in 2009.